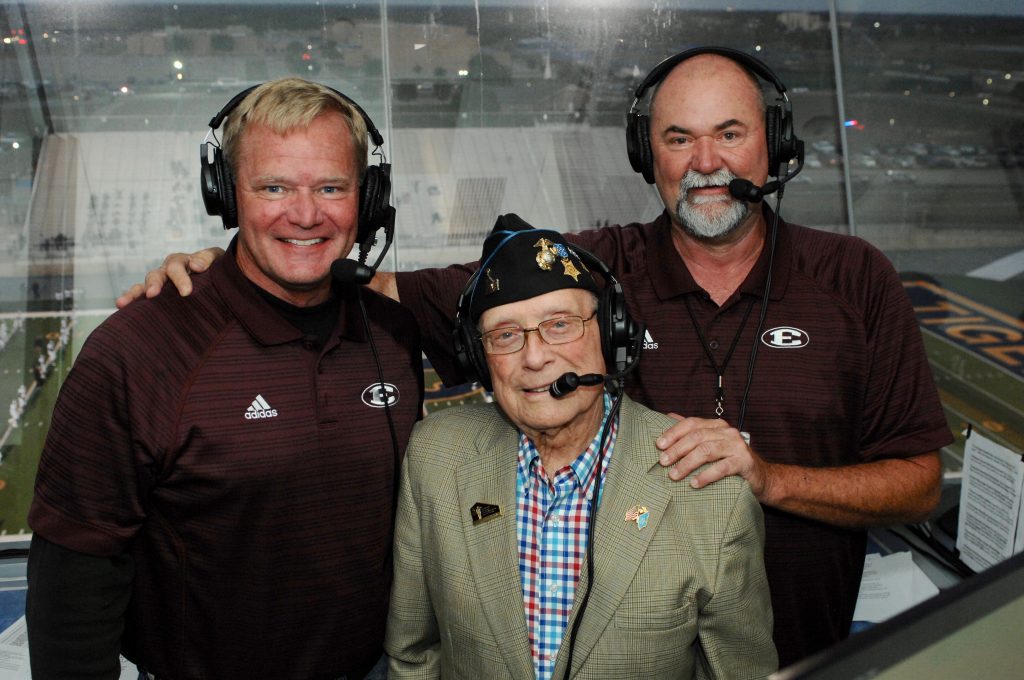 Woody Williams interviewed by the Ennis Lions Radio Team prior to the
inaugural Medal of Honor game between Ennis and Corsicana in 2019. 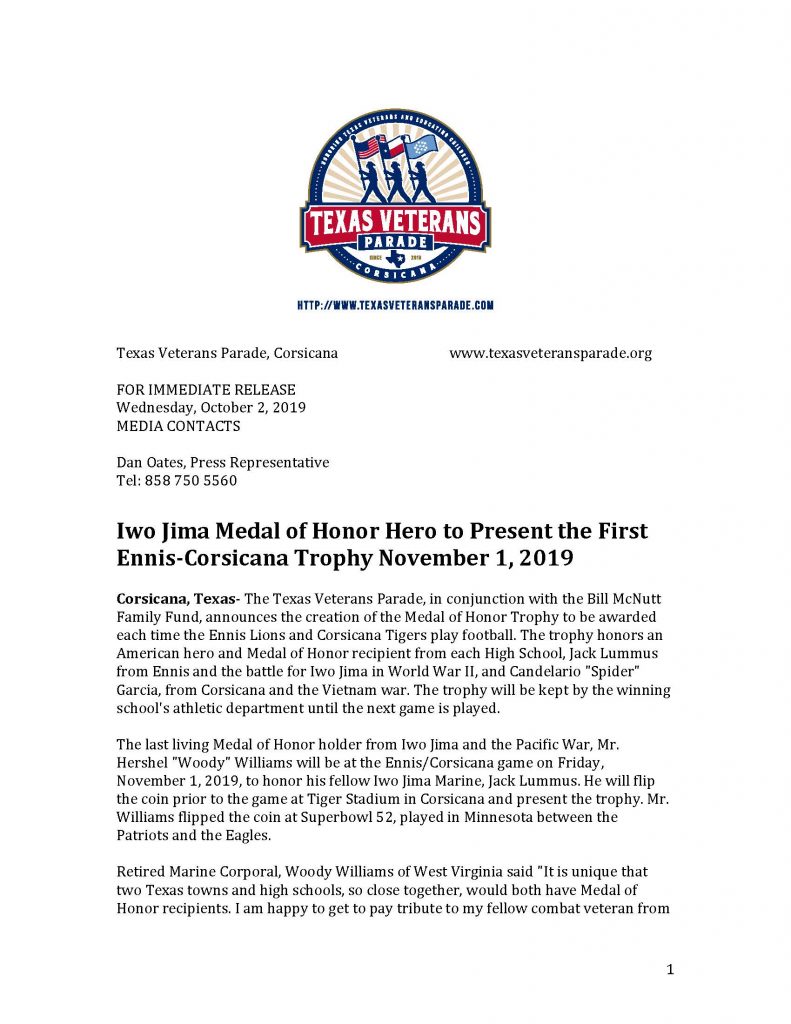 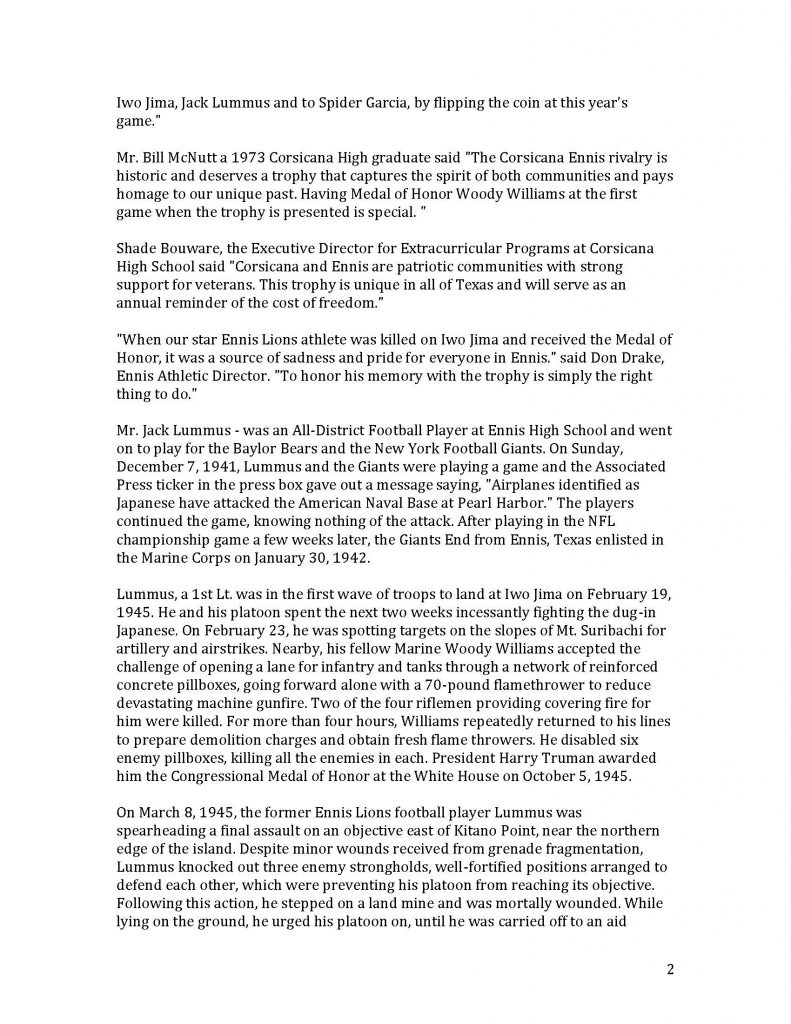 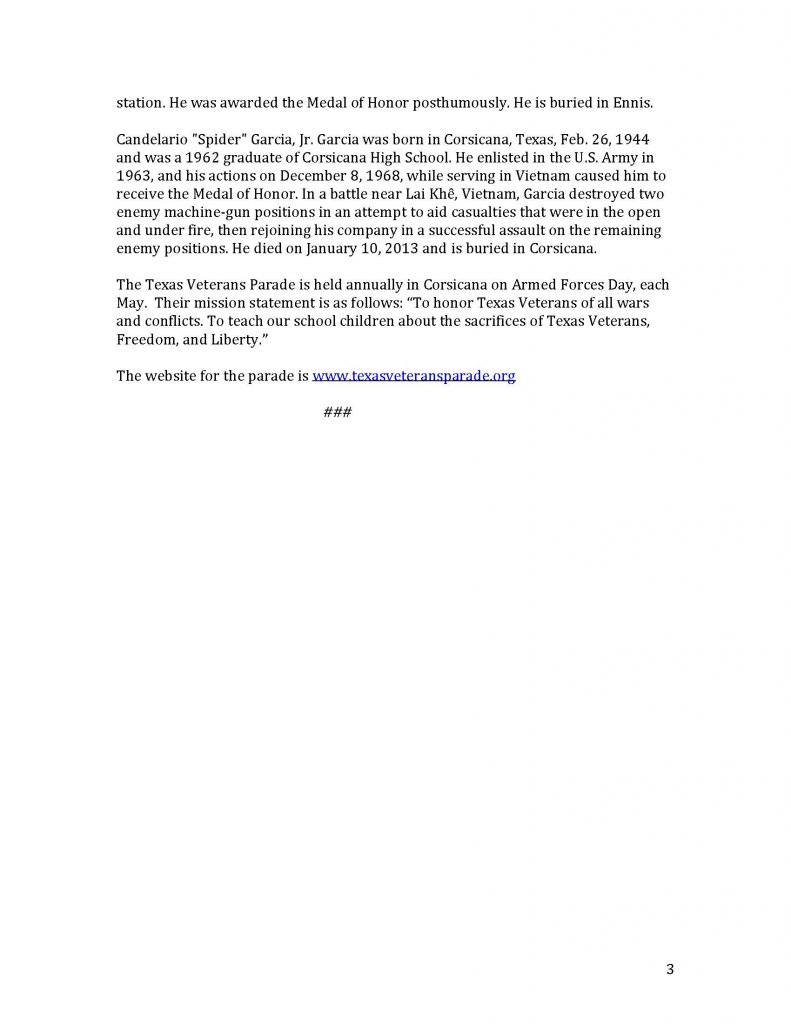 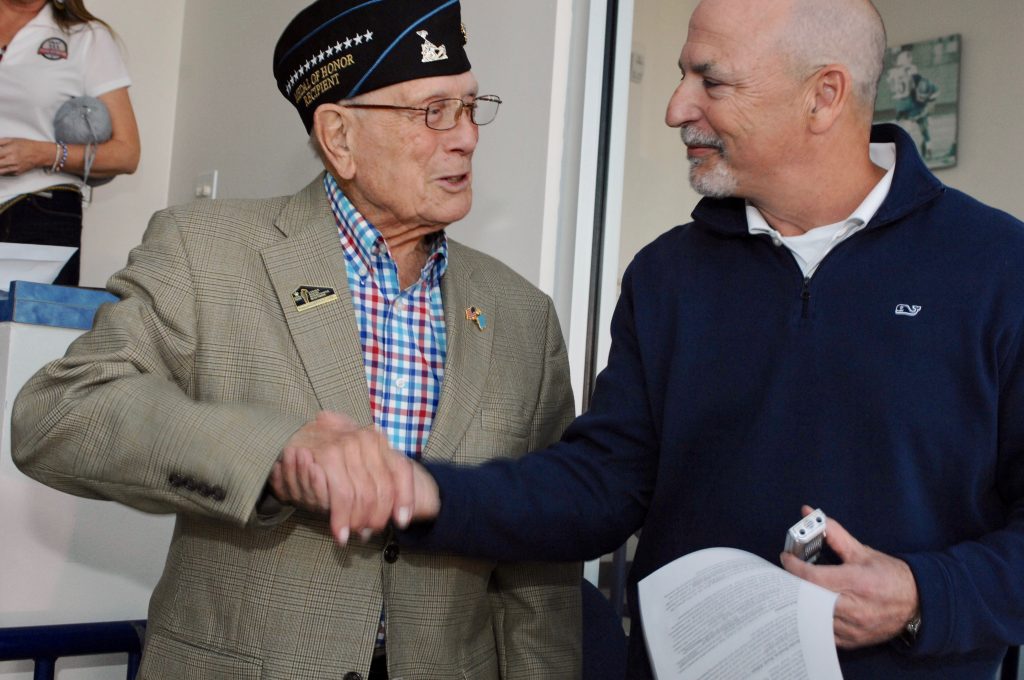 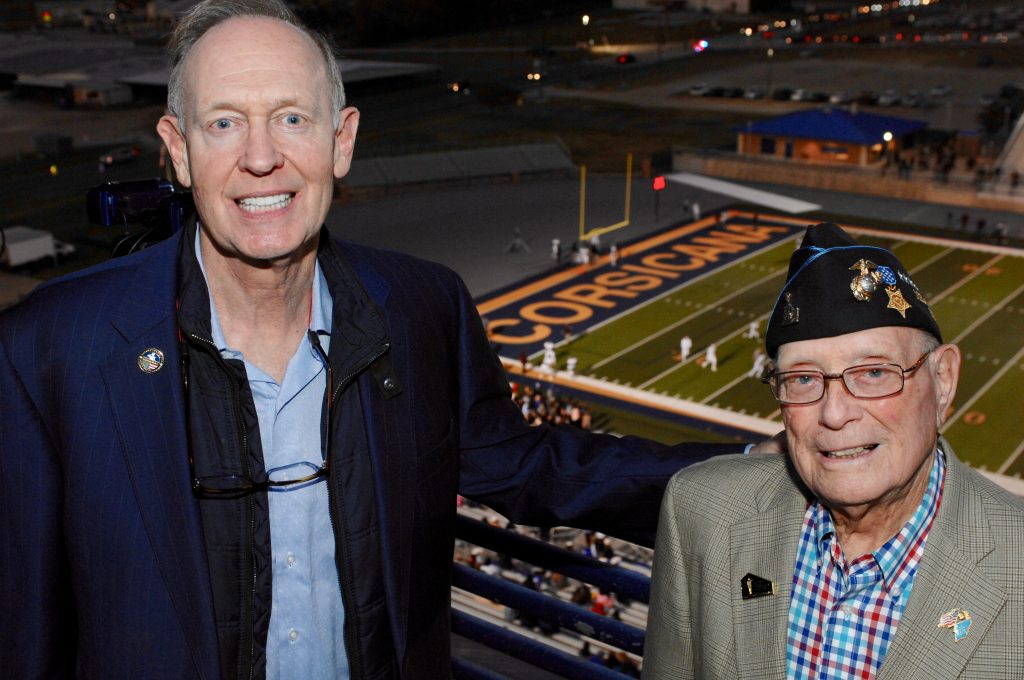 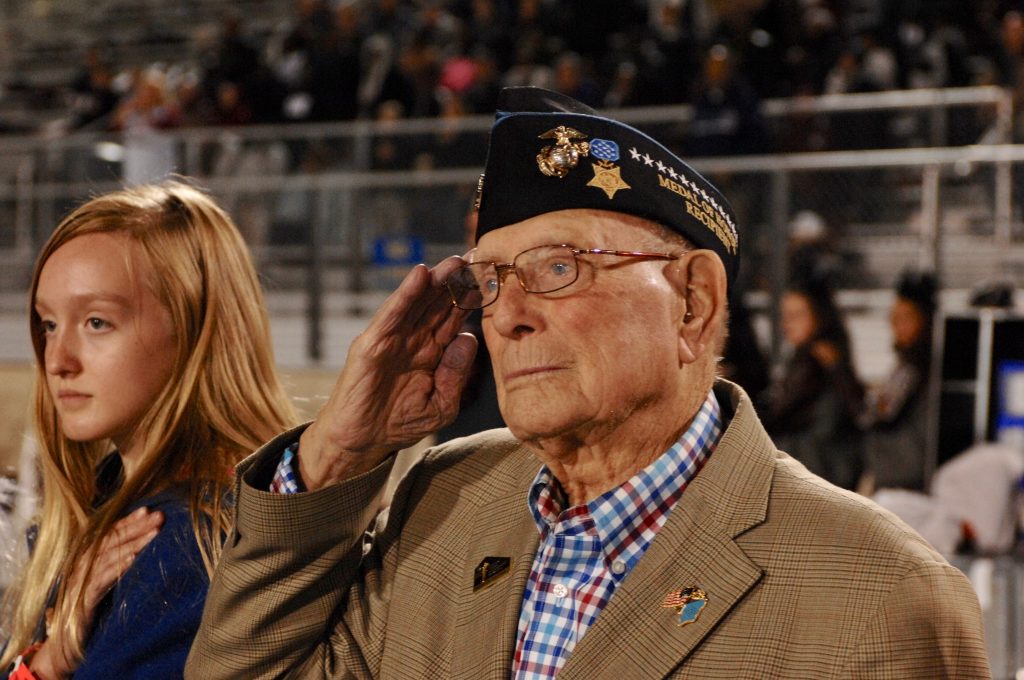 The last Medal of Honor recipient from the Pacific in World War II, Hershel “Woody”
Williams is escorted to midfield by Rabel Josephine McNutt. Ms. McNutt is the co founder
of State Funeral for World War II Veterans. Their website is www.worldwar2salute.org 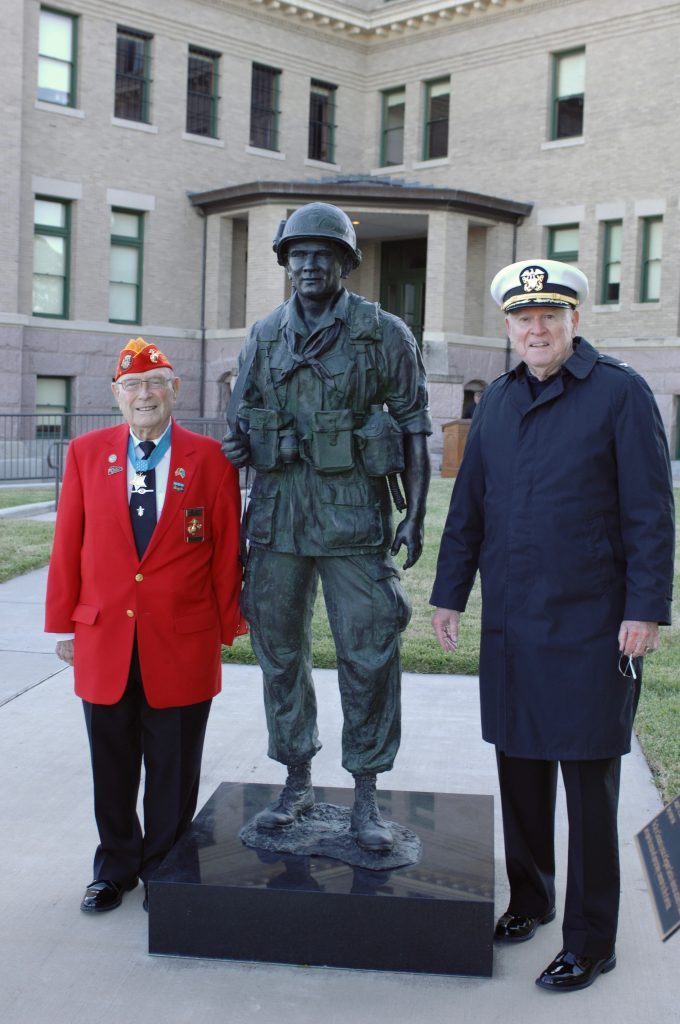 Captain Joe Hill, the CEO of the Texas Veterans Parade welcomes Woody Williams to Corsicana. Standing between them is a statue of Corsicana High School MOH holder Spider Garcia. 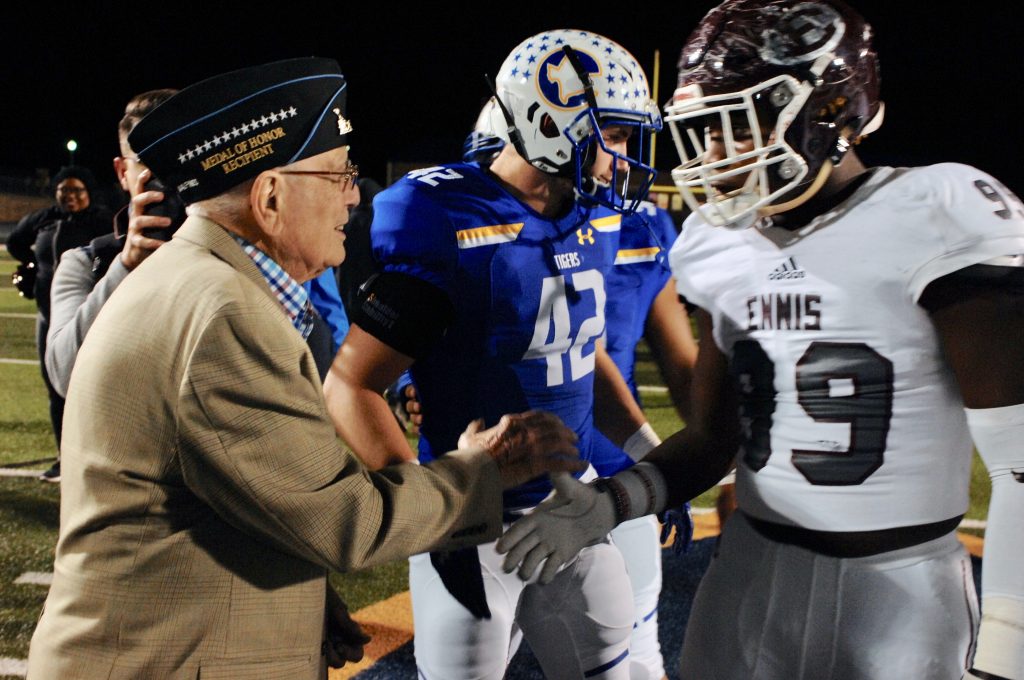 The Corsicana Tiger and Ennis Lions team captains shake hands with Medal of Honor holder Woody Williams at the coin toss for the first Medal of Honor Trophy game. In 2018, Mr Williams tossed the coin for 2018 Superbowl.