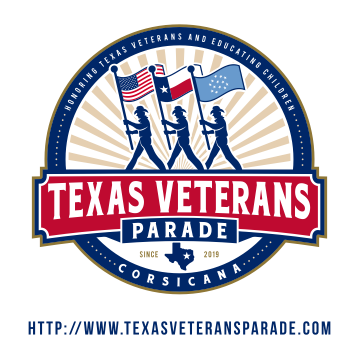 Corsicana, Texas- The Texas Veterans Parade announces the 2020 recipient of the Navarro-Garcia Patriot Award.  The trophy will be received by the only living holder of the Medal of Honor from the Pacific in World War II, Hershel “Woody” Williams, USMC.  The award will be made in Corsicana on Monday evening November 23, at the 2nd annual Medal of Honor Banquet.

Over 50 Texans have received the Congressional Medal of Honor, including 31 in World War II and 13 in Vietnam. Corsicana’s own Candelario “Spider” Garcia is one of these heroes.  “I am honored to be receiving an award that bears the name of a fellow Medal of Honor recipient, Spider Garcia.  I hope to meet his brother and some of his family members when I am in Corsicana on Monday November 29.

The founder of the Texas Veterans Parade, Bill McNutt, said “We are blessed that Mr. Williams is going to be in Corsicana to dedicate the magnificent 15,000 pound granite Gold Star Monument on November 23. This allows us to give him a very special award named for namesake our Navarro County, and for Candelario “Spider” Garcia who received the Congressional Medal of Honor in March of 2014.”

Candelario “Spider” Garcia, Jr. Garcia was born in Corsicana, Texas, on Feb. 26, 1944 and was a 1962 graduate of Corsicana High School. He enlisted in the U.S. Army in 1963, and his actions on December 8, 1968, while serving in Vietnam let to him receiving the Medal of Honor. In a battle near Lai Khê, Vietnam, Garcia destroyed two enemy machine-gun positions in an attempt to aid casualties that were in the open and under fire, then rejoined his company in a successful assault on the remaining enemy positions. He died on January 10, 2013 and is buried in Corsicana.

The Texas Veterans Parade is held annually in Corsicana on Armed Forces Day, each May.  They also created and sponsor the Medal of Honor Trophy that goes annually to the winner of the Corsicana Tiger, Ennis Lions football game.

Their mission statement is as follows: “To honor Texas Veterans of all wars and conflicts. To teach our school children about the sacrifices of Texas Veterans, Freedom, and Liberty.”

The website for the Texas Veterans parade is www.texasveteransparade.org

When this happens, it's usually because the owner only shared it with a small group of people, changed who can see it or it's been deleted.
View on Facebook
·Share